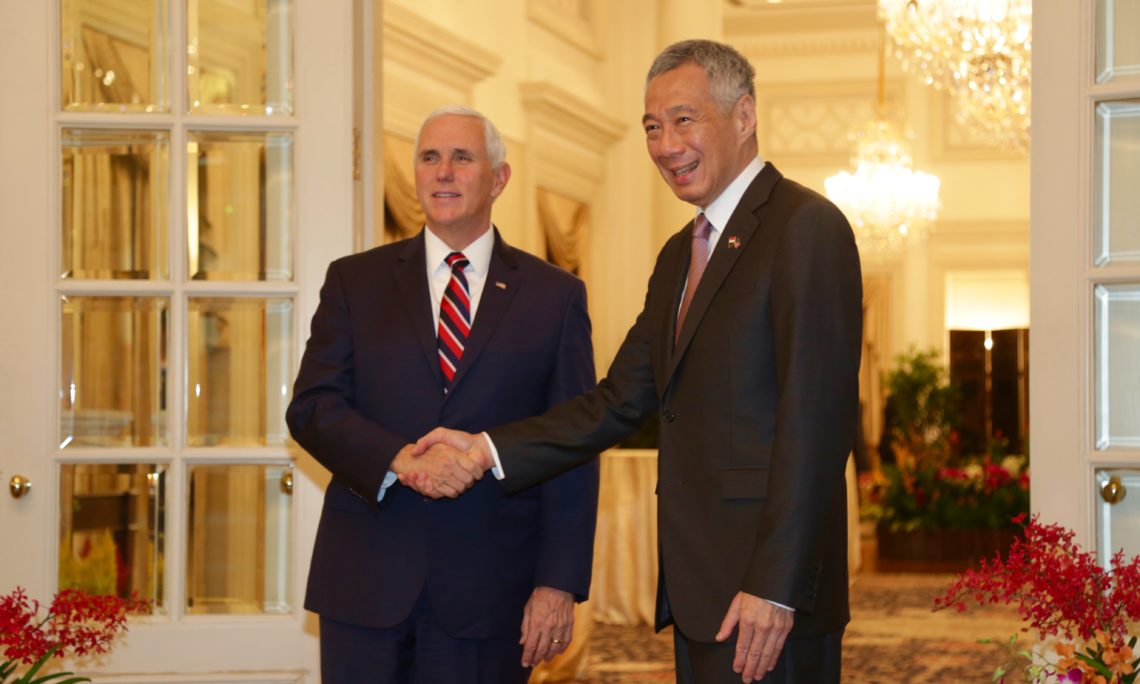 Vice President Mike Pence and Singapore Prime Minister Lee Hsien Loong reaffirmed the longstanding and multi-faceted partnership between Singapore and the United States during a joint press conference today at the Istana. They welcomed the broad slate of high-level bilateral interactions this year, including visits to Singapore by President Donald J Trump, Secretary of State Michael Pompeo, and Secretary of Defense James Mattis. There were also visits to the U.S. by Deputy Prime Minister and Coordinating Minister for Social and Economic Policies Tharman Shanmugaratnam, Minister for Foreign Affairs Dr Vivian Balakrishnan, Minister for Defence Dr Ng Eng Hen, and Minister for Health Gan Kim Yong.

Both sides affirmed the robust U.S.-Singapore defense relationship, anchored on the 1990 Memorandum of Understanding (MOU), the 2005 Strategic Framework Agreement, and the 2015 enhanced Defence Cooperation Agreement.

Vice President Pence said: “Singapore shines brightly and the United States is proud to call Singapore a strategic partner and friend.” He added that the U.S. is proud to stand together with Singapore “to advance our shared vision of a free and open Indo-Pacific.” Prime Minister Lee described the relationship as “deep and wide,” with close cooperation in many areas, including economic, defense, security, and people-to-people spheres. He expressed confidence that the “strong and mature bilateral relationship will continue to strengthen at all levels.”

The Vice President received an Official Welcome Ceremony, after which Vice President Pence and Second Lady Karen Pence attended a ceremony where a new orchid hybrid, the Papilionanda Mike and Karen Pence, was named in their honor. Its petals and sepals are “a delightful orangey pink with purple tessellations and complemented by a showy red lip.”