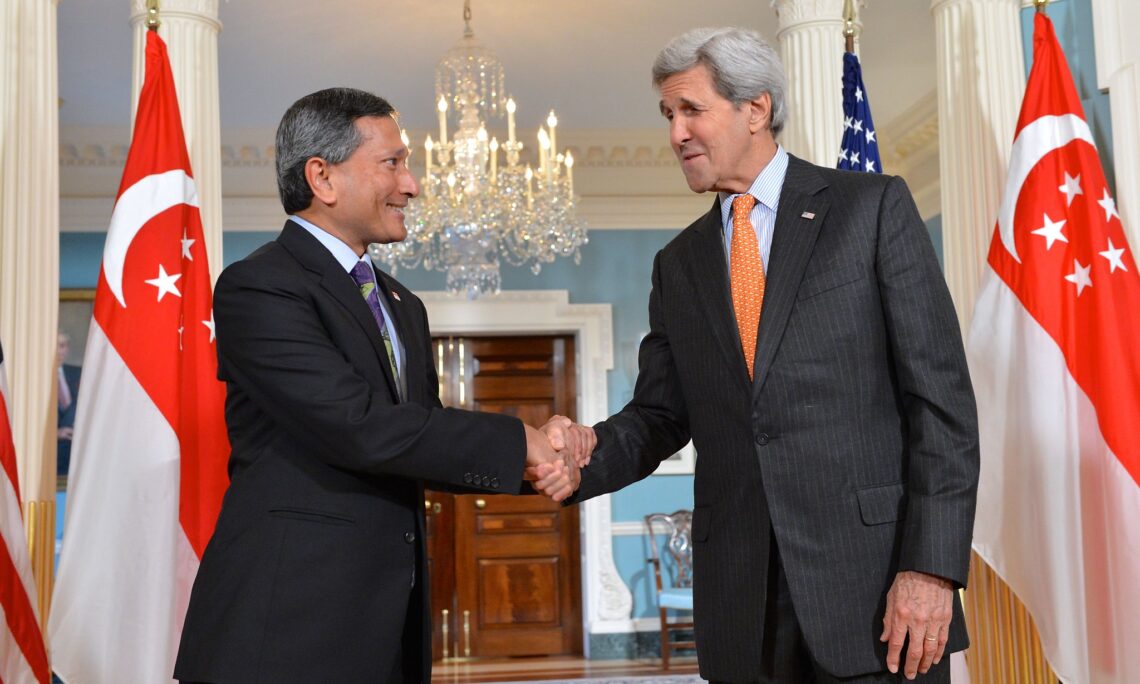 This year, we celebrate 55 years of diplomatic relations between the United States and Singapore, reflecting on our thriving economic, security, and people-to-people partnerships since April 4, 1966.

President Barack Obama stands with Singapore Prime Minister Lee Hsien Loong, left, at a meeting of ASEAN, the 10-nation Association of Southeast Asian Nations, at the Annenberg Retreat at Sunnylands in Rancho Mirage, California, Monday, February 15, 2016. President Obama and the leaders of the Southeast Asian nations gathered for two days of talks on economic and security issues and on forging deeper ties amid China’s assertive presence in the region. (AP Photo/Pablo Martinez Monsivais)

Secretary of Defense Ash Carter and Singapore Minister of Defence Minister Ng Eng Hen are briefed on the capabilities of a P-8 during a flight over Singapore and the Strait of Malacca, June 3, 2016. Carter was in Singapore attending the 15th International Institute for Strategic Studies Asia Security Summit. (DoD photo by Navy Petty Officer 1st Class Tim D. Godbee)(Released)