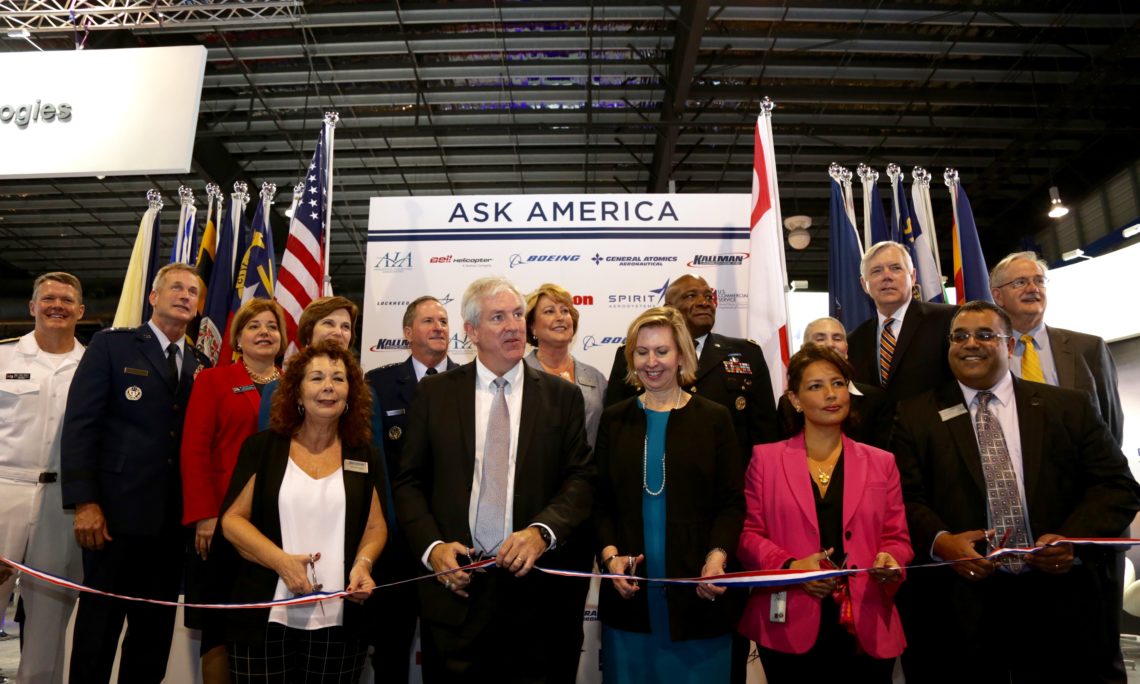 Chargé d’Affaires a.i. of U.S. Embassy Singapore, Stephanie Syptak-Ramnath kicked off the Singapore Airshow by cutting the ribbon at the U.S. Pavilion. She was joined by President & CEO of Kallman Worldwide, Tom Kallman; Under Secretary for Industry and Security, Bureau of Industry and Security, U.S. Department of Commerce, Mira Ricardel; Chief Operating Officer of Aerospace Industries Association, Robert Durbin and many other distinguished visitors.

The United States has the largest international presence on-site with more than 170 exhibitors claiming nearly 30% of the show’s total 40,000 sqm of indoor exhibit space.

Chargé d’Affaires emphasized that the American presence is a strong indication of how important the Indo-Pacific region is to the U.S. Government and to the U.S. aerospace and defense industry.