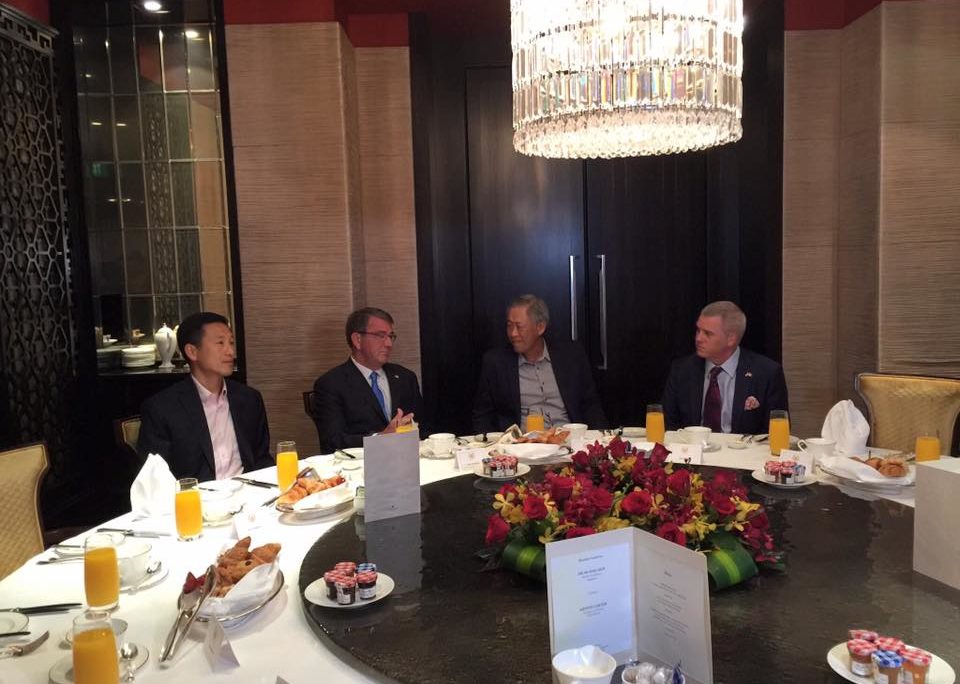 Welcome to Singapore, Defense Secretary Ash Carter, who is in town for his second Shangri-La Dialogue. This morning, Secretary Carter met with Singapore Defence Minister Dr Ng Eng Hen and both boarded a U.S. Navy P-8 for a maritime surveillance flight.

Tomorrow, Secretary Carter will give remarks on the significance of U.S. presence in Asia at the first Plenary Session. Other key U.S. officials in attendance are U.S. Chief of Naval Operations Adm John Richardson, U.S. Pacific Command Commander Adm Harry Harris, as well as a Congressional Delegation (CODEL) led by Senator John McCain.