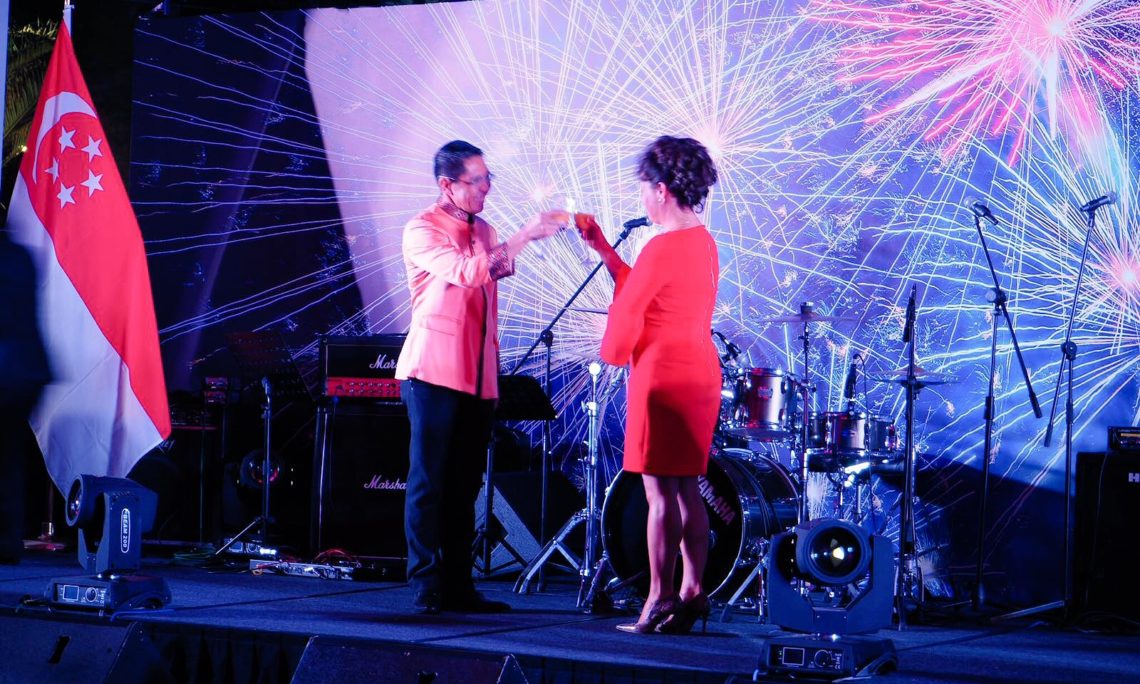 On June 30, U.S. Embassy Singapore celebrated the 241st Anniversary of the Independence of the United States welcoming over 1,300 guests including American and Singapore businesses, members of the military, diplomatic corps, and cultural community. In her remarks, Chargé d’Affaires Stephanie Syptak-Ramnath reaffirmed the strong relationship between the U.S. and Singapore based on shared values. The Guest of Honor, Singapore Senior Minister of State, Defence and Foreign Affairs, Dr. Mohamad Maliki Bin Osman spoke about trade, investment, security, and people-to-people ties in highlighting the multifaceted partnership between the U.S. and Singapore. The event was made possible with the kind support of 53 American companies.