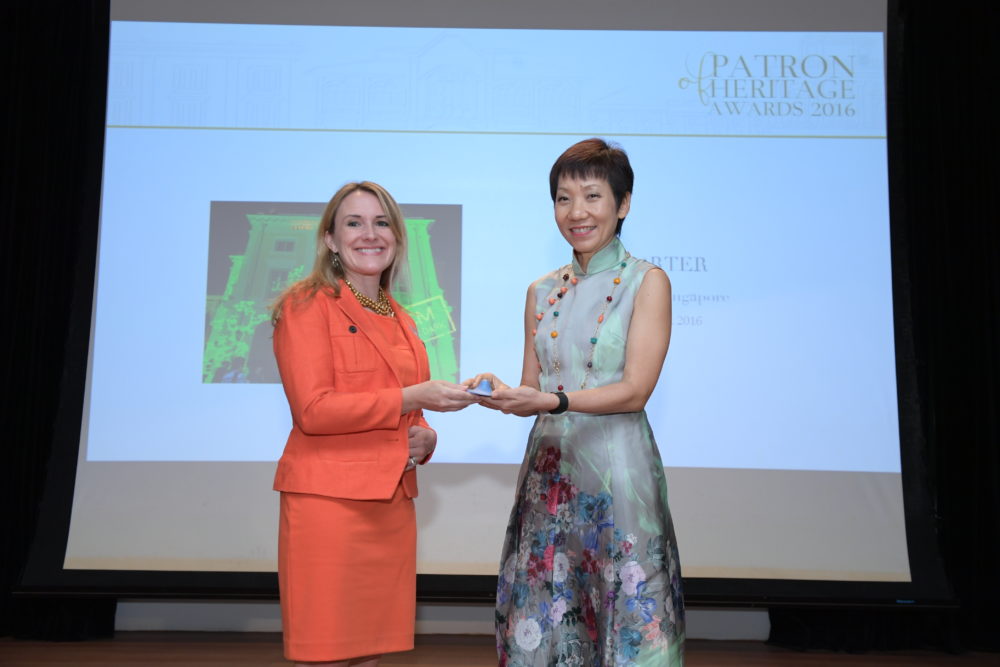 On May 23, 2017, U.S. Embassy’s Counselor for Public Affairs Camille Dawson accepted a 2016 Supporter Award at the Patrons of Heritage Awards ceremony at the Asian Civilizations Museum (ACM). This award, presented by Singapore’s Minister for Culture, Community and Youth, Grace Fu, recognized the Embassy’s contribution in celebration of 50 years of diplomatic ties between the United States and Singapore to the ACM’s 2016 After Dark program. The Patron of Heritage Awards was launched by the National Heritage Board in 2006 with the aim of promoting philanthropy in Singapore by honoring those who make significant contributions.