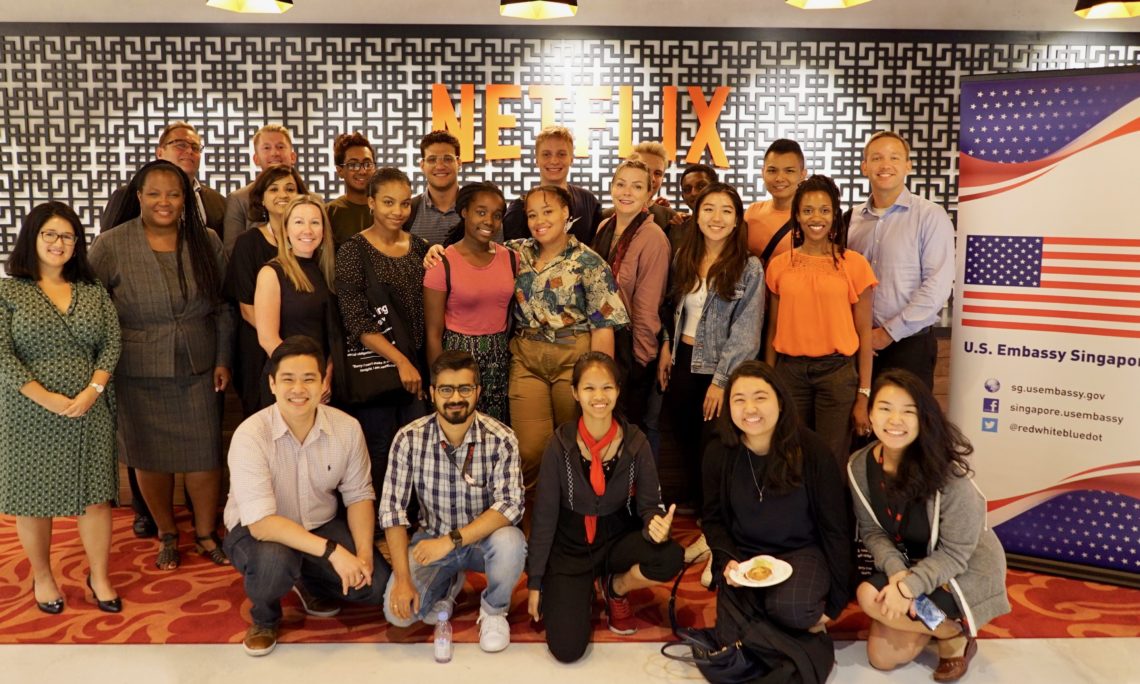 Netflix co-hosted a screening of “Mudbound” at their in-house theater in honor of Black History Month – a time to reflect on the cultural, scientific, political, and economic contributions of African Americans to our society and the world. In a post-film dialogue with Yale-NUS College students, Netflix’s HR Director for Asia-Pacific Shweta Shukla highlighted the company’s inclusive culture, saying: “Diversity and inclusion are about embracing a wide range of perspectives, ideas, ways of thinking, and ways of working… and if you get it right, it’s magic.”

Political Officer Eleesha Lewis noted the ongoing work of U.S. Embassy Singapore’s Diversity and Inclusion Working Group, saying: “We want to create an internal environment for our Embassy community that celebrates an array of voices and perspectives, but we also want to convey that idea outwardly. The United States and Singapore both have richly diverse populations and in many ways share those values of diversity and inclusion. It’s so important that people have a voice and can be heard.”