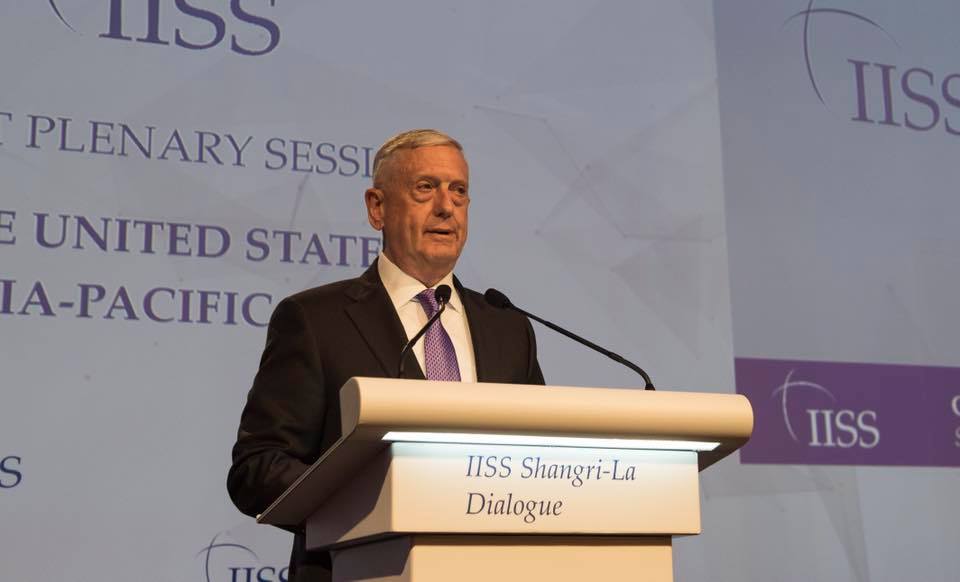 June 3, 2017:  Secretary of Defense James Mattis gave remarks at the Shangri-La Dialogue, Asia’s annual defense summit hosted by the International Institute for Strategic Studies in Singapore.  He spoke of how the United States is working with key allies and partners in the Asia-Pacific region to address key security challenges.

#SecDef said: “This year marks the 50th anniversary of the birth of ASEAN, and the 40th anniversary of relations between ASEAN and the United States. In America, we are proud of our four decades of working together, and we believe that our best days are ahead. The future of ASEAN is bright, and that is good for all Pacific nations.”