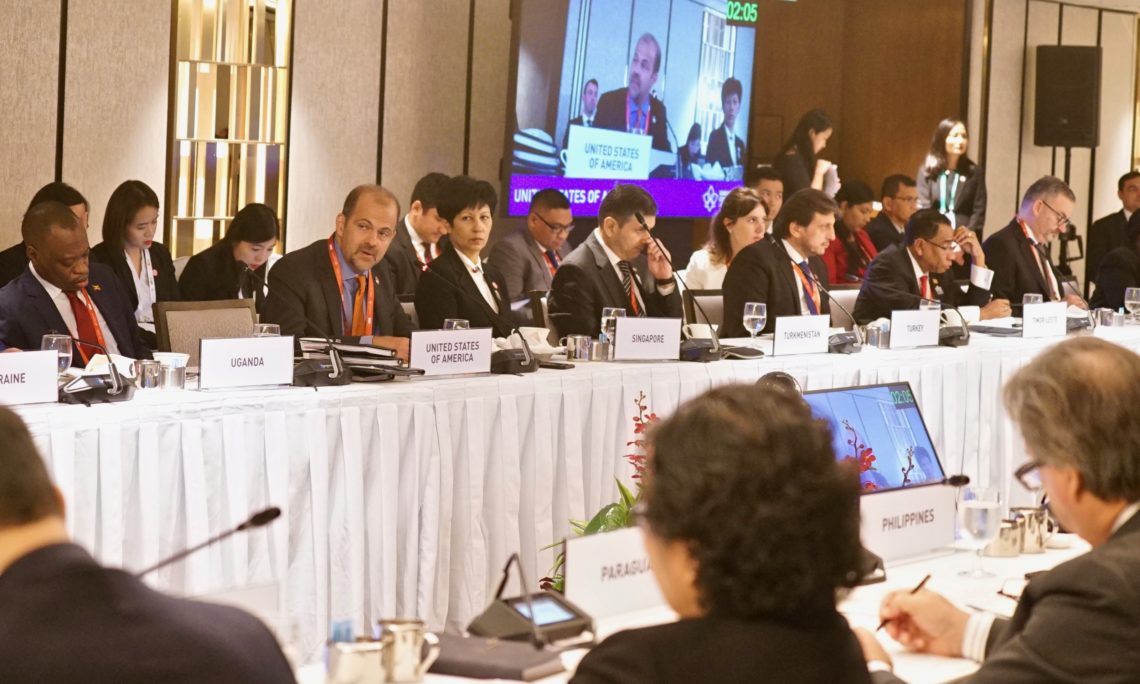 For Immediate Release
REMARKS (as prepared)

Thank you Minister Shanmugam.  It is an honor to be here representing the U.S. government at this important occasion.  I would like to thank the Government of Singapore and the UN Commission on International Trade Law (UNCITRAL) for hosting this ceremony today.  As we gather to sign the Singapore Convention on Mediation, we are casting a spotlight for the world on the importance of mediation as a means to settle disputes and further promote international commerce.

The United States was an early proponent of the Singapore Convention, having recognized the need for a way to bolster confidence that once a mediated settlement had been reached by parties to a dispute in different countries, stakeholders could rely on it being enforced across national boundaries.  And, the United States is proud to be among the first countries signing the Singapore Convention.

On behalf of the U.S. government, I would like to take this opportunity to thank UNCITRAL, its Secretary Anna Joubin-Bret, and her outstanding team for all their tireless efforts on the Convention, as well as delegates from Singapore, who spearheaded the negotiations.  In particular, Corinne Montineri, Judith Knieper, and Jae Sung Lee spent many long hours working to ensure that the negotiation would be a success, and they deserve special recognition for their roles.  We would also like to thank Natalie Morris-Sharma, the delegate from Singapore who chaired the UNCITRAL Working Group through the negotiations.  Her outstanding leadership moved the effort forward by bringing together divergent views to form a consensus that ensured that the Convention we are signing today is of the highest quality, both in terms of substance and draftsmanship.

We believe that this Convention represents UNCITRAL’s work at its best –bringing together lawyers and experts from different legal cultures to work together to develop an instrument that will address a significant need and that will benefit cross-border trade and facilitate international commerce around the world.  The Convention truly has the potential to become one of UNCITRAL’s most significant accomplishments and one of its most successful instruments.

The United States looks forward to continuing to work with all of you to support the Singapore Convention and encourage the greater use of mediation as a means to resolve cross-border commercial disputes.  Thank you.