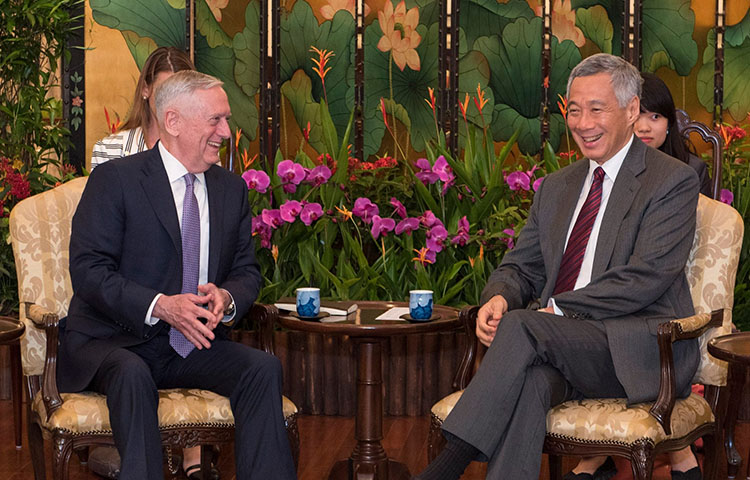 Secretary of Defense Jim Mattis met June 2 with Singaporean Prime Minister‎ Lee Hsien Loong on the sidelines of the Shangri-La Dialogue in Singapore, a major annual forum for key leaders in the Asia-Pacific region, to discuss mutual security challenges including cooperation on maritime security.

The secretary and the prime minister reaffirmed the excellent and long-standing bilateral defense relationship between the United States and Singapore, as underscored by the 1990 memorandum of understanding, the 2005 strategic framework agreement, and the 2015 enhanced defense cooperation agreement (DCA).

Secretary Mattis thanked Singapore for its support, which has helped to enable the United States presence in the Asia-Pacific region. Both leaders commended the successful rotational deployments of littoral combat ships and P-8 Poseidon aircraft in Singapore and the good progress being made exploring training opportunities in Guam for the Republic of Singapore Air Force.