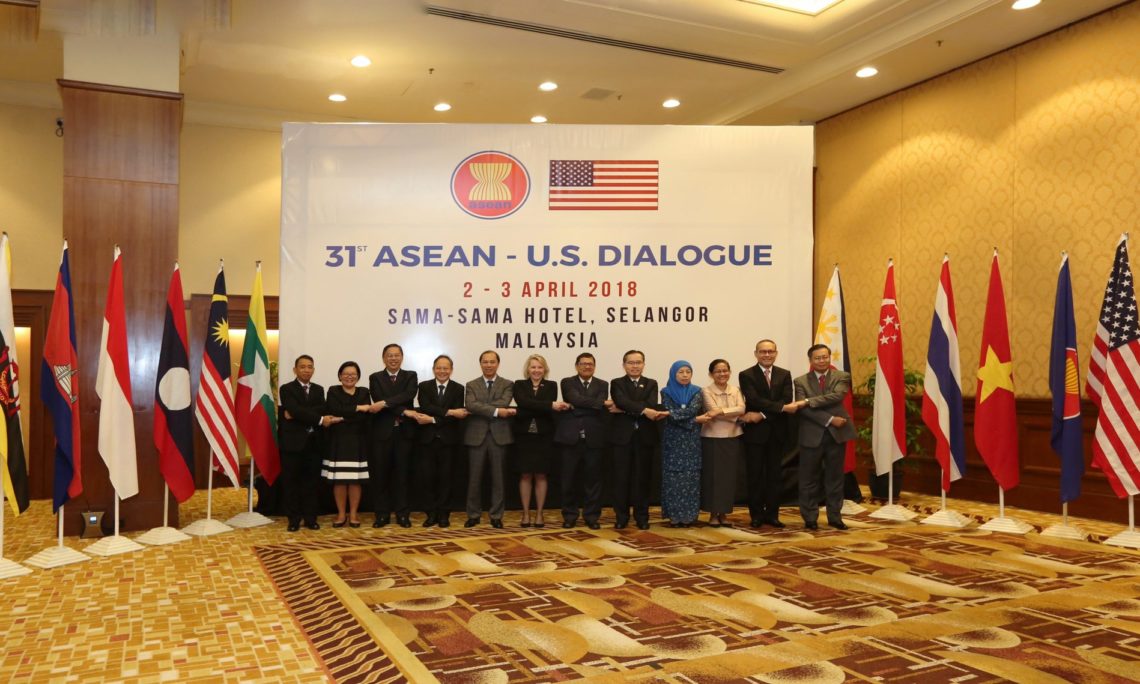 Bureau of East Asian and Pacific Affairs Acting Assistant Secretary Susan Thornton co-chaired the 31st U.S.-ASEAN Dialogue in Kuala Lumpur, Malaysia, on April 3 together with Secretary General Dato’ Ramlan Ibrahim of Malaysia.  The Dialogue included fruitful talks among the United States, all ten ASEAN members, and the ASEAN Secretariat, and demonstrated the ongoing importance of the U.S.-ASEAN Strategic Partnership.

Representatives of the United States and ASEAN reaffirmed their commitment to the rules-based order and to the ASEAN-centered regional architecture.  The United States and ASEAN exchanged views on the free and open Indo-Pacific concept. Participants welcomed recent developments indicating the DPRK’s willingness to engage with the United States on denuclearization, but shared continued grave concern about the DPRK’s nuclear and ballistic missile programs.  They committed to maintaining maximum pressure until the DPRK takes concrete steps towards complete, verifiable, and irreversible denuclearization, and called for full implementation of all relevant UN Security Council Resolutions.  Participants reaffirmed that the use of chemical weapons anywhere, at any time, by anyone, under any circumstances is reprehensible, and that those responsible for such use should be held accountable.
Participants reaffirmed the need to ensure peaceful resolution of disputes in accordance with international law, including in the South China Sea, with full respect for legal and diplomatic processes.  Participants noted efforts to achieve a meaningful Code of Conduct, but shared concerns about ongoing militarization of outposts.  Participants reiterated their commitment to uphold the international community’s rights and freedoms in lawful uses of the sea. Participants underscored the importance of countering terrorism and implementing UN Security Council Resolutions to prevent foreign terrorist fighter travel.  They remain committed to information sharing, security, countering terrorism finance, and preventing and countering violent extremism.

Participants celebrated strong economic ties between the United States and ASEAN, and looked forward to enhancing economic cooperation through U.S.-ASEAN Connect, the U.S.-ASEAN Trade and Investment Framework Arrangement, and capacity building programs.  Both sides welcomed Singapore’s “resilience and innovation” theme for its 2018 ASEAN chair year. Participants expressed the need for states to adhere to international law and non-binding peacetime norms in their use of information and communications technologies (ICTs) and shared concerns about malicious actors exploiting cyberspace.

Participants celebrated the steady growth of socio-cultural ties between ASEAN and the United States, particularly through the Young Southeast Asian Leaders Initiative (YSEALI) and the Fulbright program.  They also welcomed ongoing cooperation on capacity building through the Lower Mekong Initiative, the U.S.-Singapore Third Country Training Program, and other programs.  Participants reaffirmed their shared commitment to advancing peace, security, and prosperity, and looked forward to continuing to strengthen the U.S.-ASEAN relationship at the ASEAN-U.S. Ministerial meeting and the ASEAN-U.S. Summit later this year in Singapore.