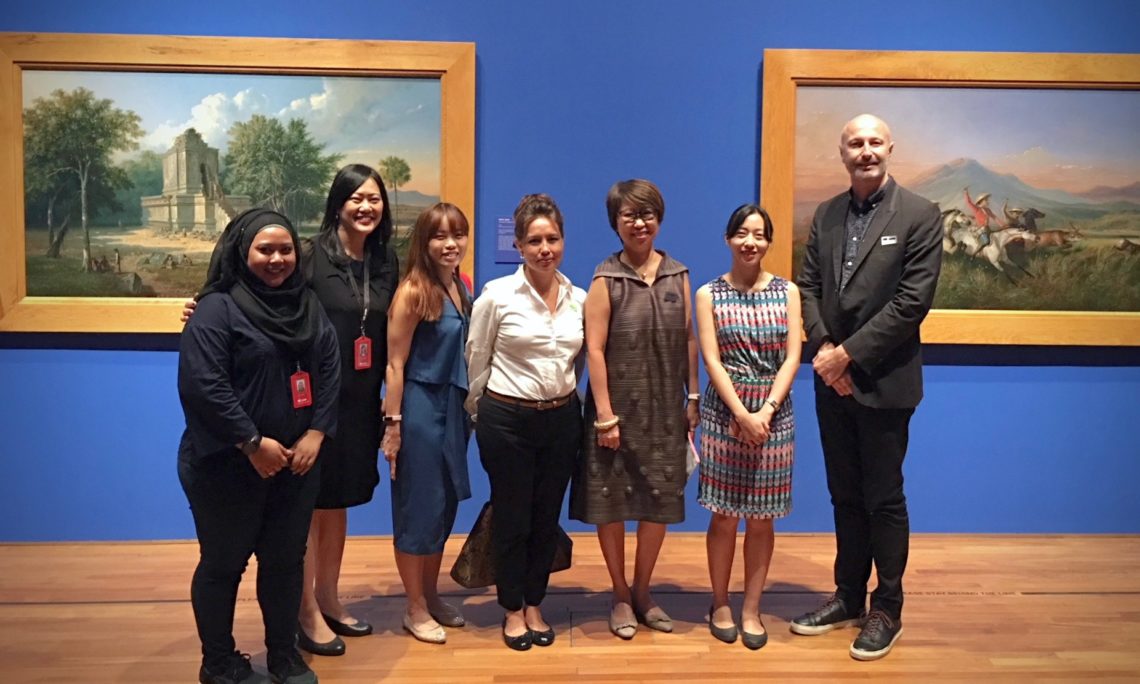 “Javanese Temple in Ruins” and “Six Horsemen Chasing Deer,” two Raden Saleh paintings currently on exhibit at the National Gallery Singapore traveled a long way from the Smithsonian American Art Museum and the Renwick Gallery in Washington, D.C. to be included in the largest exhibit to date of the works of two important 19th century Southeast Asian artists: Raden Saleh and Juan Luna.

A heartfelt thanks to the National Gallery Singapore for an illuminating tour of Century of Light, a showcase of 19th century art. U.S. Embassy Charge d’ Affairs Stephanie Syptak-Ramnath and other members of the Embassy community enjoyed the tour immensely.