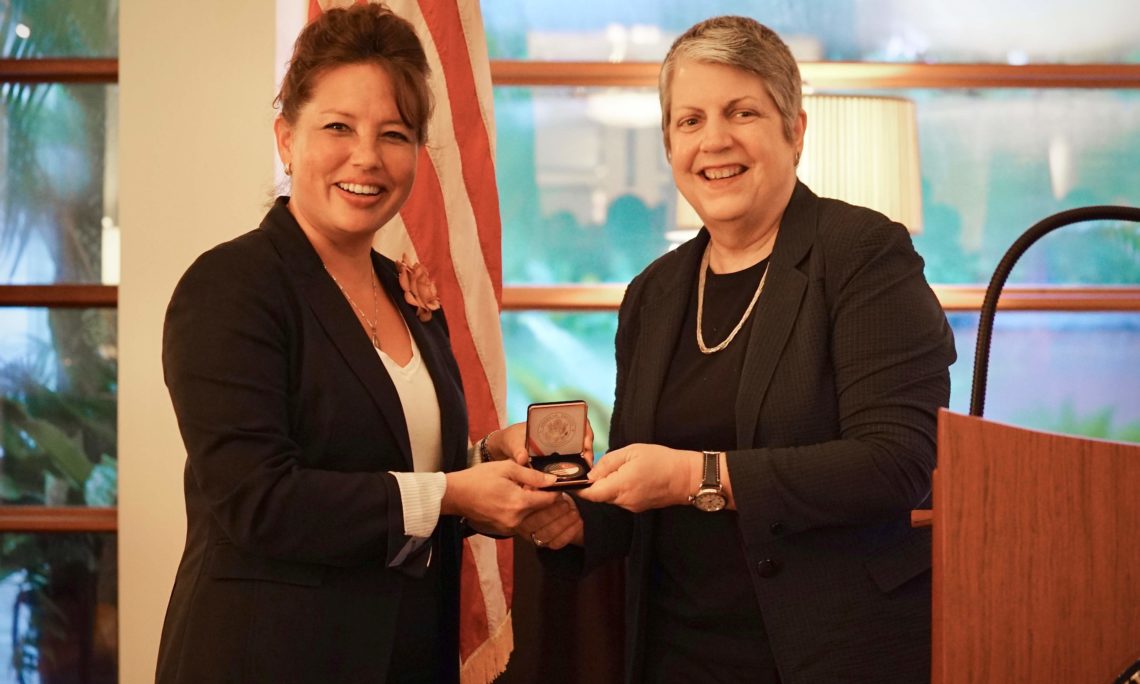 On February 18, the Nanyang Technological University, Singapore (NTU) Institute of Science and Technology for Humanity hosted University of California (UC) President Janet Napolitano for a dialogue on the role individuals, institutions, and universities play in addressing current and future challenges facing our world. President Napolitano highlighted the many innovations born on American university campuses and from the minds of scholars nurtured in the American education system.

On February 19, the Embassy hosted a reception in honor of President Napolitano, who led a UC delegation seeking opportunities to further strengthen U.S.-Singapore educational partnerships.

The first female president of the University of California, President Napolitano highlighted the UC system’s culture of #innovation, with an average of five new inventions per day feeding into California’s booming startup economy. Researchers from UC Berkeley have also teamed up with their counterparts from Nanyang Technological University, Singapore (NTU) and National University of Singapore (NUS) at SinBerBest to develop innovative, energy-efficient, and sustainable technologies thanks to the support of the National Research Foundation (NRF) of Singapore. UC is expanding educational partnerships between the United States and Singapore.

President Napolitano and her delegation signed Memoranda of Understanding with three Singaporean universities, NTU, NUS, and SUTD Singapore University of Technology & Design during their visit.

Hear her vision for a world united through research, creativity, and innovation.