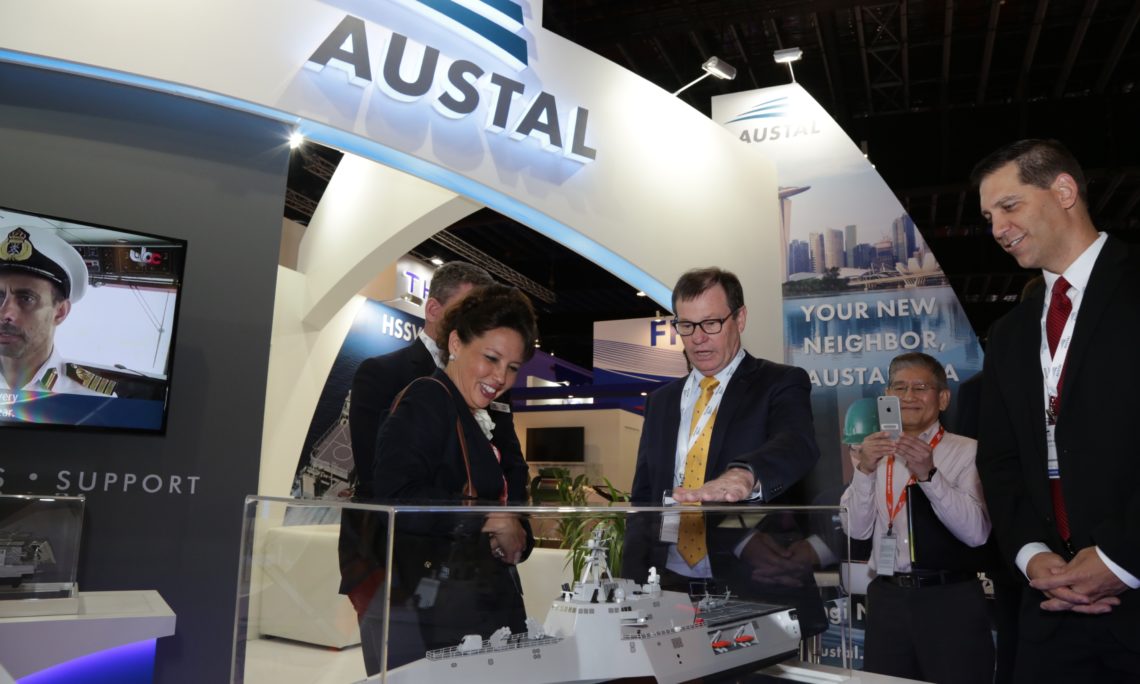 IMDEX Asia 2017, Asia Pacific’s biennial international maritime defense exhibition and conference was held in Singapore on May 16-18 at the Singapore Changi Exhibition Center.  The U.S. is proud to be participating in IMDEX Asia 2017, with two ships on display at Changi Naval Base – the USS Sterett (DDG 104) and USS Coronado – and nine American companies exhibiting at the Changi Exhibition Center from May 16-18, 2017.

Chargé d’affaires Stephanie Syptak-Ramnath met representatives from the exhibiting U.S. companies to learn about their latest innovations in maritime technologies and the role they play in the U.S.-Singapore military relationship.

The U.S. subsidiary of the shipbuilding company Austal, in partnership with General Dynamics, received the contract to build U.S. Navy Littoral Combat Ships, including the USS Coronado, which is on display right here in Singapore.