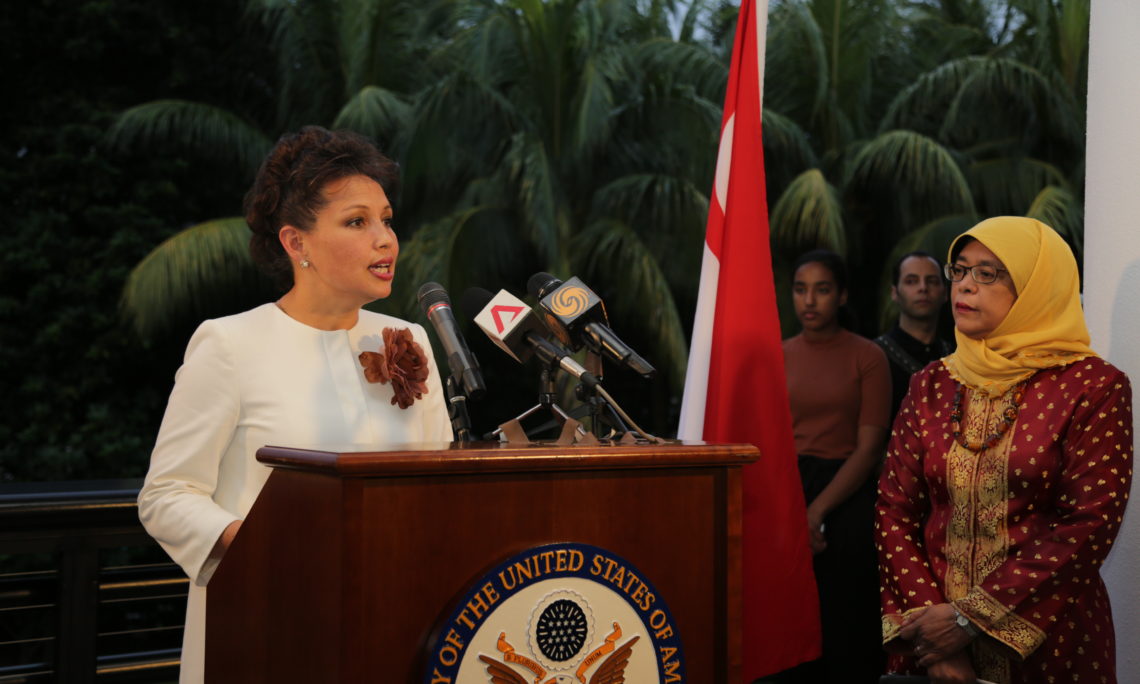 On June 15, 2017 Chargé d’Affaires, ad interim, Stephanie Syptak-Ramnath hosted the annual Iftar (breaking of fast) with Singapore Speaker of Parliament, Mdm Halimah Yacob, as guest of honor.  Both Mdm Halimah and the Chargé Syptak-Ramnath shared messages of friendship and peace, and celebrated the many voices calling for interfaith cooperation around the world, including in Singapore and the United States.  The event was well attended by dignitaries from Muslim-majority countries, religious leaders of many faiths, and business and community leaders from the Malay-Muslim community.  Imam Habib bin Muhammad Hassan Al-Attas of Ba’alwie Mosque led the evening’s Maghrib prayers.