Emergency Alert Information for American Citizens
COVID-19 Information
Messages for American Citizens
PreviousNext
COVID-19 Travel Guidance for U.S. Citizens
The CDC requires all air passengers entering the U.S. (including U.S. citizens and Lawful Permanent Residents) to present a negative COVID-19 test, taken within one day of departure or proof of recovery from the virus within the last 90 days.
Smart Traveler Enrollment Program
Enroll for Alerts
Emergency Assistance
Emergency Information and Contacts
Visit Travel.State.gov for More Information
Country-Specific Information
Singapore has confirmed cases of COVID-19 within its borders. The Government of Singapore entered a “Stabilization Phase” of its reopening plan as of September 27, 2021.
Read more
Returning to the United States on an Expired U.S. Passport
If you are overseas and your passport expired on or after January 1, 2020, you may be able to use your expired passport to return directly to the United States until March 31, 2022. Click above link for more information.
U.S. Citizen Services Appointments
Temporary Reduction in U.S. Citizen Services Appointments
Alerts and Messages
See all Messages and Alerts for U.S. Visitors to Singapore
Read all messages
PreviousNext
Humans of the Embassy
TK Khaw, Transportation Security Administration
By U.S. Embassy Singapore
6 MINUTE READ 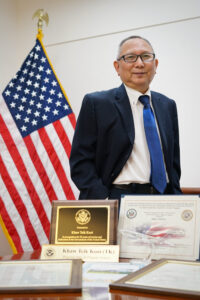 This year marks my 32nd year of working for U.S. Embassy Singapore. I served under six administrations from President George Bush Sr. to the current President Joseph Biden. I have either seen in person or managed to shake hands with all six Presidents including the incumbent who previously visited Singapore when he was Vice President. I retire with fond memories – auditing USAID programs in Asia, managing financial duties for the Department of State’s Financial Management Offices in Singapore, Brunei, Cambodia and Vietnam, organizing the Transportation Security Administration (TSA) aviation security trainings in Indonesia, Malaysia, and Singapore.

An accountant by profession, I secured a position as a staff auditor with the USAID Regional Inspector General, Audit Singapore Office (RIG/A/S) in 1989. There were many memorable USAID programs from 1989 to 1996 throughout the Asia Pacific countries and in several U.S. cities where the USAID contractors were headquartered.

In Mongolia, I had a glimpse of the country’s transition from a Soviet-controlled state into an independent free-market nation. One memorable audit was to Choibalsan, where I took a flight in a propeller Douglas DC3 plane with fold down side seats. In addition to passengers, there were luggage, goats, and chickens in the cabin. We visited coal mines and power stations to account for USAID- funded equipment in harsh winter conditions with temperatures down to -40 degrees centigrade, and interviewed the heads of the state-owned petroleum company, State Bank, and the Deputy Minister of Finance regarding the USAID programs. We noted a number of women headed the Mongolian State organizations 31 years ago even as women representation in top organizational roles were still not as prevalent.

When RIG/A/S relocated to Embassy Bangkok in 1996, I joined the Embassy Singapore’s Financial Management Office (FMO) as the Assistant Finance Manager. Thinking it would be a desk-bound position, I was surprised with unexpected opportunities. In November 2000, President Bill Clinton made the first ever State Visit to Vietnam. I was seconded for a month prior to this historic visit to assist Hanoi’s Financial Management Office. I remember when President Clinton arrived late at night in Hanoi around 11:00 pm, there were thousands of Vietnamese waiting to greet his family along the route from the airport to the hotel. The local press reported it was a momentous occasion for the Vietnamese people. The staff at the U.S. Embassy in Hanoi shared those sentiments and were equally enthusiastic.

During my 14 years working in the FMO, I had the opportunity to assist with the global standardization of our financial management platform, and supported other U.S. embassies in the region.

In 2010, I joined the Transportation Security Administration (TSA) as a Regional Management & Program Analyst which required language skills in Malay and Bahasa Indonesia. During my tenure at TSA, I rediscovered the beauty of the two languages. I learned to speak Malay during my first 12 years schooling in Malaysia, as well as auditing and preparing accounts for State government cooperatives in Malaysia.

For the past 11 years, working in TSA Singapore has been extremely fulfilling. We have excellent teamwork and treat each other like family. The TSA civil aviation training programs enable partner governments to make aviation more secure in airports, and planes for millions of air travelers in the Asia Pacific. Since 2016, the Singapore TSA Attaché and I have organized training conferences presented by TSA subject matter experts in airport training centers in Denpasar, Jakarta, Kuala Lumpur and Singapore, while I had undertaken a keynote aviation security presentation in Taipei. It is rewarding to have a part in organizing training for more than 500 civil aviation staff- from senior management to supervisors and airport screeners in these countries. Due to the COVID-19, TSA has adapted to present best practices in aviation security for regional countries civil aviation authorities via virtual meetings.

I will retire from the U.S. Embassy Singapore with this thought: my successes throughout my years of working from 1989-2021 were made possible by working with everyone I had met and dealt with, whether daily or on an ad-hoc basis. It is through everyone’s contributions, cooperation, and interactions that we find the opportunities that enrich and empower us to be useful to our organization and our societies. 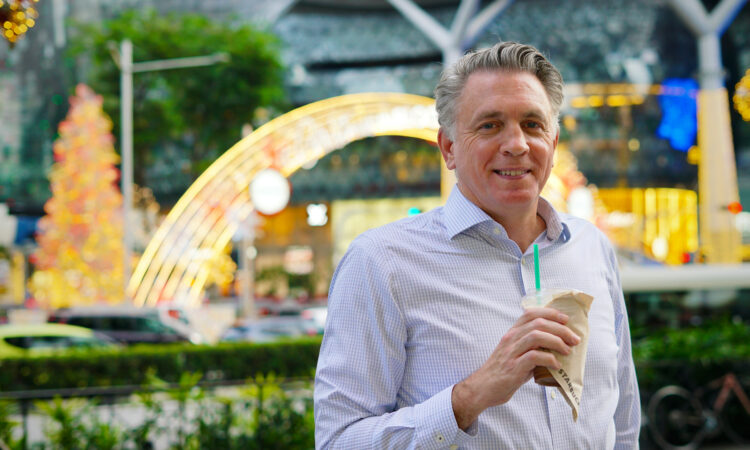 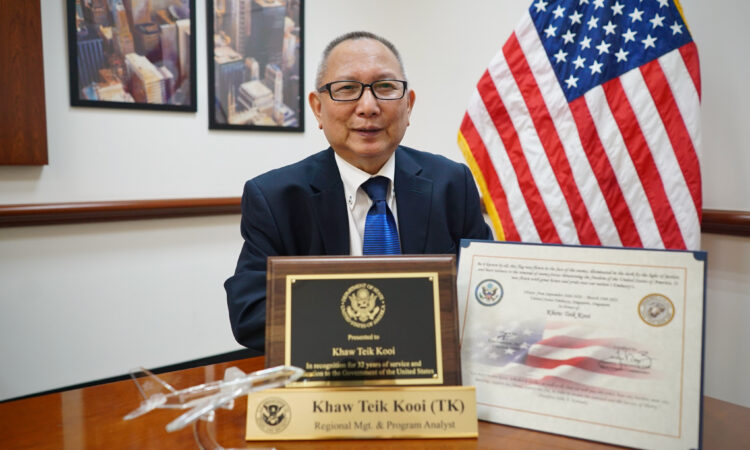 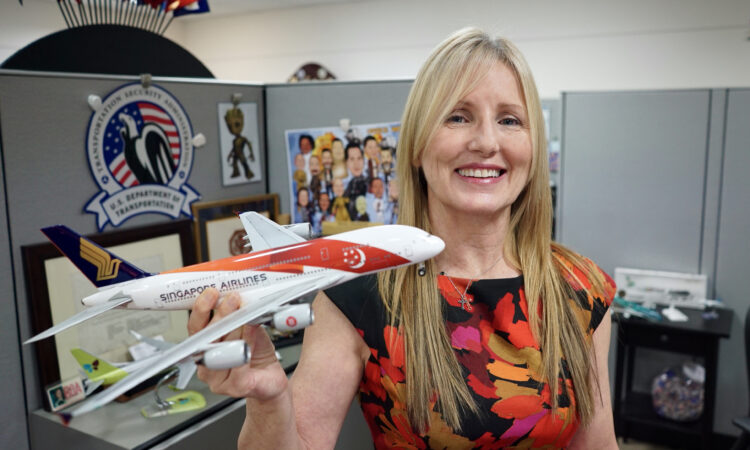 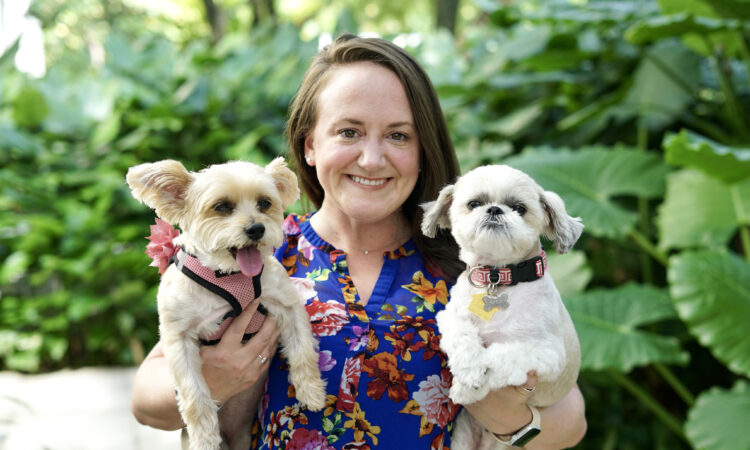 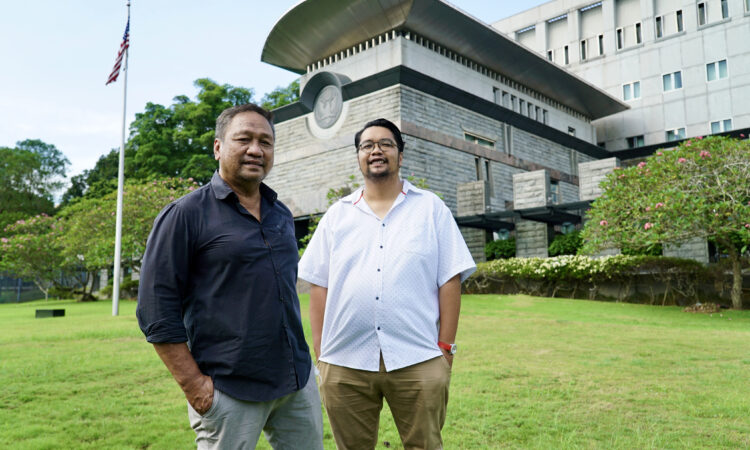