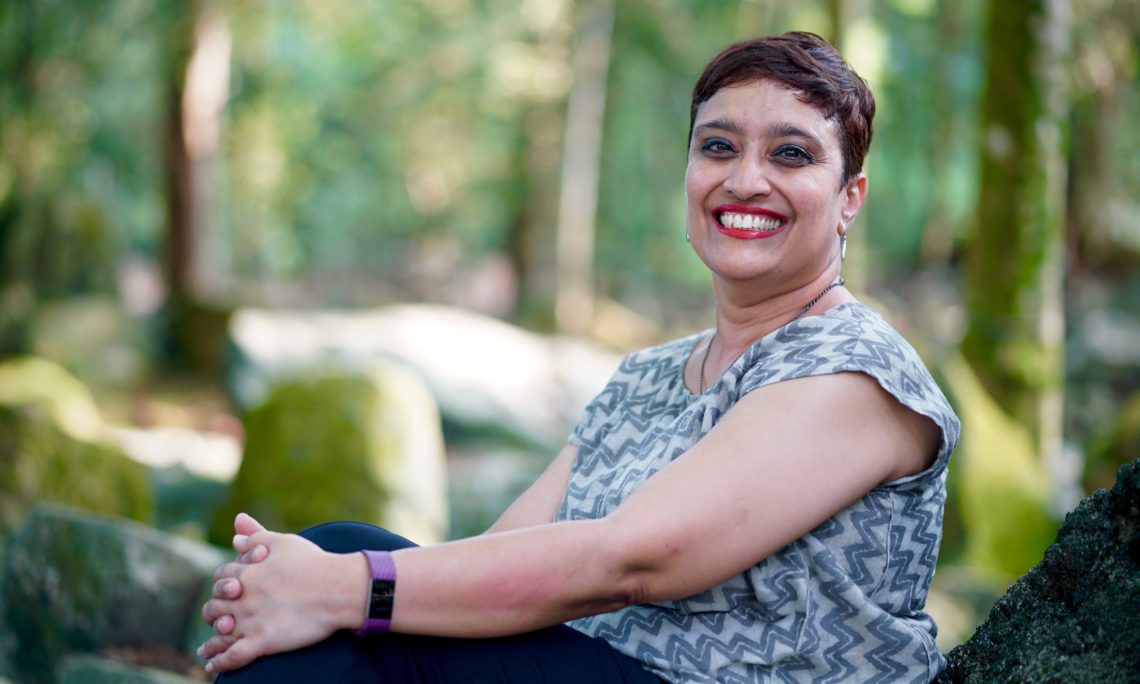 “I am a woman of many passions. I fight for women’s rights. I’m a nature lover. Astronomy and space exploration excite me. I’m a humanist. When I was a teenager, I used to picket outside police stations in New Delhi to protest the practice of dowry deaths – women being burned to death if their families didn’t pay enough dowry so the man could marry and collect dowry again.

My hair used to come down to my hips. When I was 16, I decided to cut it to shoulder length but the hairdresser sent me away and told me to think about my decision. I left the shop but two minutes later, I returned and told her I had thought about it. My mother didn’t speak to me for a month after that.

Today, I find it alarming that many young women want to distance themselves from feminism. I try to explain that being a feminist doesn’t mean being against men but that all the rights we enjoy today are because women who came before us fought for them – they were feminists. I don’t think we have reached true equality yet. An important part of getting there is to train our sons on what’s right. I tell my son that if he mistreats a woman, he will be out of my will and his wife will be in.

I spent the first 29 years of my life in India, and the next 25 in Singapore. 30 of those years, I have worked for the U.S. Embassy. I have a Masters in Economics but now I do I.T. As a computer specialist, I manage our servers within the Federal Aviation Administration (FAA) network and support offices in Beijing, New Delhi , Tokyo and, of course, Singapore. I love the Embassy work environment because of the way people are treated and because I am given freedom to do my job without being micro-managed. Having both Singaporean and American holidays is a nice perk too.

When I wandered into the field of I.T. in the mid-1980s, there were very few women in the field.  In training or networking sessions with other I.T. professionals, the men would often insinuate that women in I.T. were just exalted secretaries.  Whenever I needed help moving a heavy piece of equipment, I prepared myself to hear “this is why this field is not suitable for women!”.  I used to tell them “I’m just smart enough to ask for help and not ruin my back!”  I am happy to see many women in the field now and being accepted as equals.”