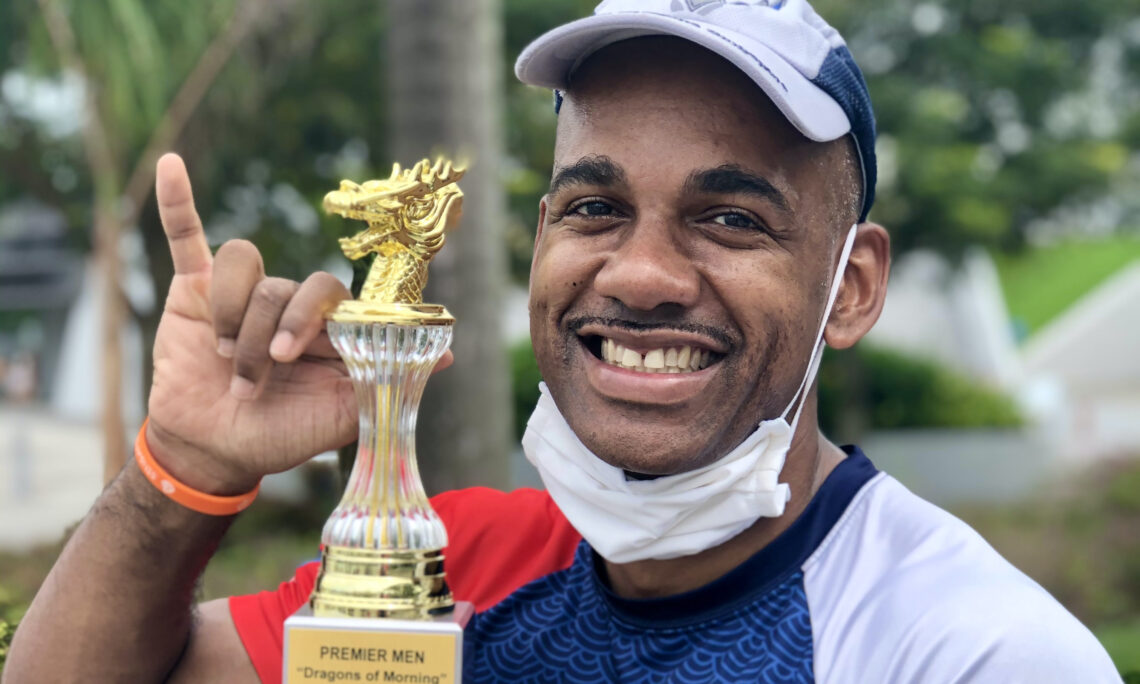 Originally hailing from Connecticut, I joined the State Department in 2005 and now serve in Singapore where I’m responsible for the Mission’s secure communications. My goal is to be invisible because the minute everyone knows you, it’s usually because something needs to be fixed.

I grew up in a nurturing environment where my parents insisted that failure is not an excuse. We were taught that we may come across seemingly insurmountable difficulties on the path toward success, but we were not to stop there. It was instilled in us that it is our choice not to do something, not that we can’t do something. That teaching has shaped my education and career and I hold a bachelor’s degree from the University of Connecticut in Management Information Systems and a master’s degree from Embry-Riddle Aeronautical University in Project Management, yet one of my fondest memories was attending space camp in the fifth grade!

My hobbies include dragon boating, bike and motorcycle riding, CrossFit, and exercising the privilege of holding a private pilot’s license.  One highlight, while living in Singapore, was the opportunity to be an impromptu cultural ambassador with the American Dragons Singapore team. I traveled to Tianjin, China in 2019 for an international dragon boat race and met many local Chinese dragon boaters, who were very curious about our American team and requested selfies and team jersey exchanges.

Cultural exchange is something I’m very passionate about and while in college, I hosted a radio show showcasing underground hip-hop talent and was director of the minority-affairs program, coordinating university events with Puerto Rican, Latin American, West Indian, Asian American, and African American communities along with the Rainbow Center and the Jewish Heritage Center.

After college, I used my GI bill (created to assist U.S. military veterans) to pay for private flying lessons, so I fly single engine planes, like Cessnas and Pipers. The hardest part is staying ahead of the airplane and performing various calculations in your head. When you’re in a car, you just drive. When you’re in a plane, you consider and visualize what’s next, and then what’s after that, while at the same time controlling what you’re doing right now.

When I return to DC for my next assignment, my goal is to fly to Connecticut to see my family. I’d like to turn the five-to-eight-hour drive into a two–hour flight. My brother is also a pilot, so we plan to fly back and forth to visit each other’s family.

Accompanying me on this grand tour of the world are my wife and two young boys.