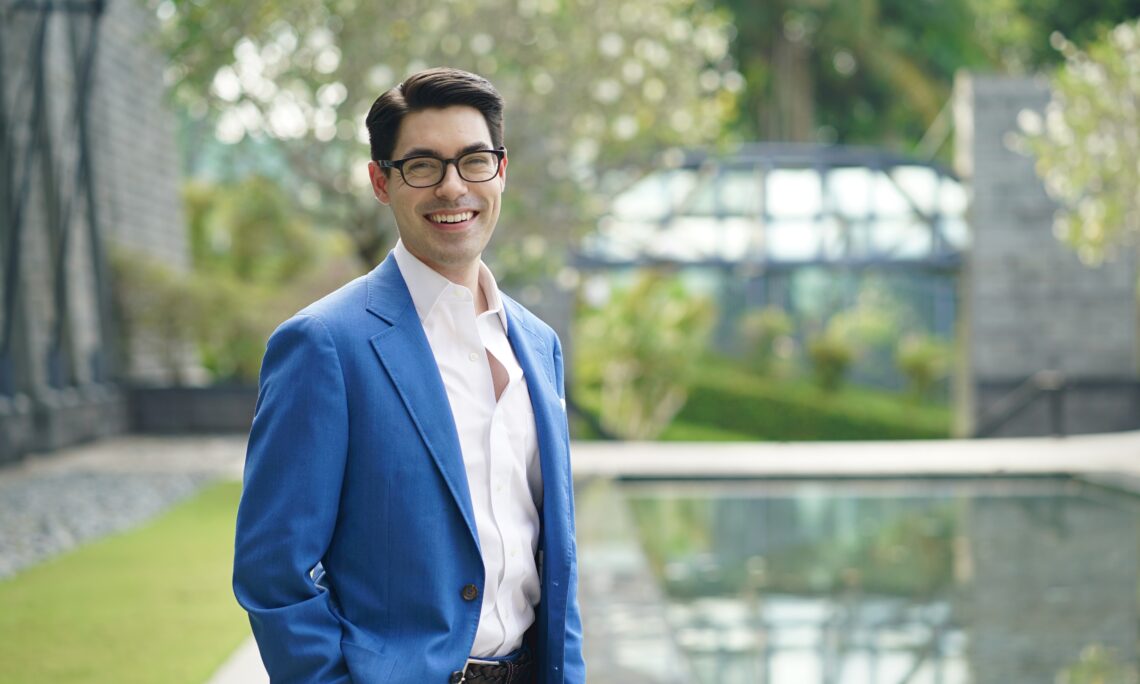 Most of my adult life has been about bridging generations, cultures, and countries. After college, I applied for and was selected to participate in the State Department’s Fulbright exchange program and worked as an English teaching assistant in South Korea. At that time, I had never lived abroad and spoke zero Korean. Together with fellow Fulbright grantees, I volunteered with a program tutoring North Korean defectors. It’s hard to imagine the differences between the lives of Americans and North Koreans; forming a relationship with my defector partner was a good reminder that we’re constantly seeking ways to build mutual understanding based on our common humanity. It took time to break down our preconceptions of each other, but it was meaningful to see relationships flourish with people who had given up everything to start a new life in a different country. The experience was especially humbling given my family’s connection to North Korea.

My father’s parents were North Korean refugees who fled to the U.S. after the Korean War. My Fulbright exchange grant gave me a radically different understanding of my grandparents’ challenges in fleeing North Korea and assimilating into the United States. “Assimilation” meant something very different in the 1950s: none of their children spoke Korean or expressed any interest in the country. Upon my return to the U.S., I showed my grandmother, then in her nineties, photos of where I had been, the school where I taught, and the places where I knew that she had lived. I asked my grandmother questions in Korean. Usually stoic, upon hearing her grandson speak her native language, she simply started sobbing. That precious moment of connection with her, with my father by her side, made me truly appreciate how immigrant families build bridges, not just between countries, but across generations.

My family’s story has been a huge influence on the direction of my life. My grandfather worked as a U.S. Army doctor for three decades. His life was an example of public service not just as a profession, but as a way of life. Today I’m so grateful to work for an organization that embodies that same spirit of service, building bonds of understanding and empathy across the world.