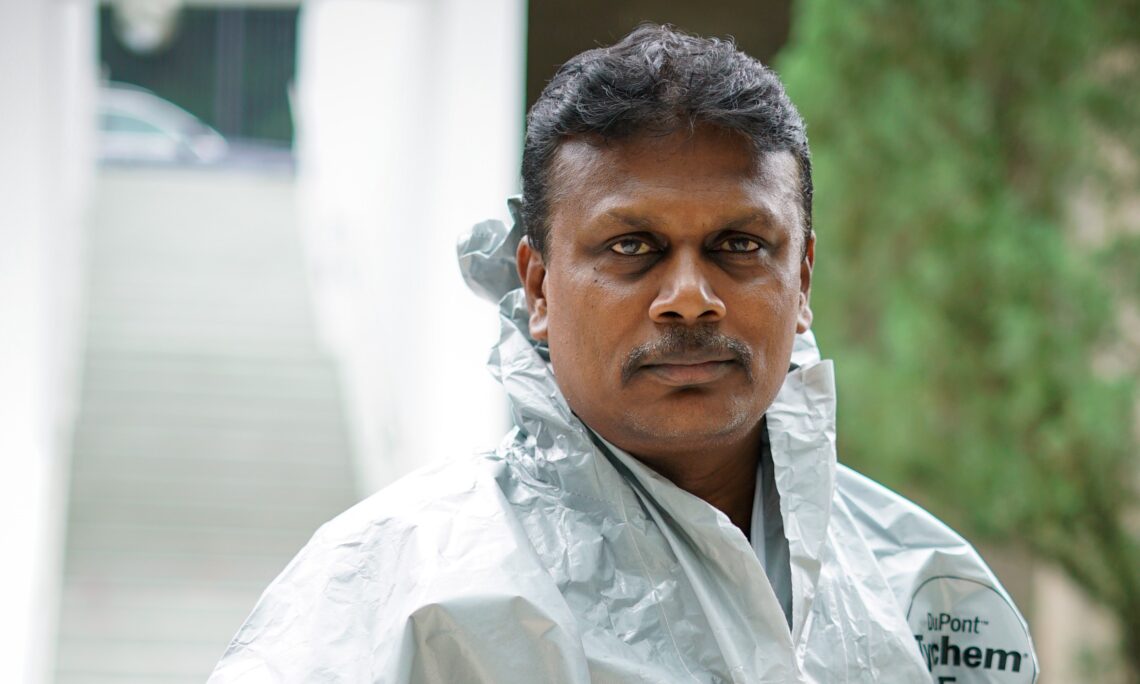 Singapore has changed a lot in my lifetime. When I was growing up, my family lived in a kampong where Raffles Town Club now stands. It was not an easy life. Fifty families shared an outhouse with no flush toilet. Our house flooded during the heavy rains because of the poor drainage system. Some houses burned. I was 18 when we moved to an HDB flat in Ang Mo Kio. The change was very nice.

I got a job as a security officer at the U.S. Embassy in 2003 after 10 years with Singapore Police Force and a few years of working with my brother. I’ve been lucky to have bosses who encourage me to keep learning new skills. I now oversee the local guard force for the Embassy and have trained in many different aspects of security – surveillance detection, investigation, driving an armored vehicle, being a body guard, responding to a weapons of mass destruction (WMD) attack. When an opportunity to learn something new presents itself, I take it.

I take pride in doing my job well and it makes me happy when someone recognizes it. In 2013, Vice President Joe Biden visited Singapore and the head of his security detail took me under his wing. He taught me how to manage a large motorcade, and after the delegation left he sent a note to my boss praising my performance. That gave me satisfaction, I have to say.

I am happy to come to work every day. I like my colleagues and I talk with everyone at the Embassy, from the cleaners up to the Ambassador. There is no gap between us – we are all people, just doing our jobs.

My main worry in life now is to make sure that my three sons do okay in life. My oldest is a navigation officer in the Navy and the middle one is an NCO in the Singapore Armed Forces. The youngest one is still finding his path. It worries me sometimes, but then again, I was doing the same at his age.