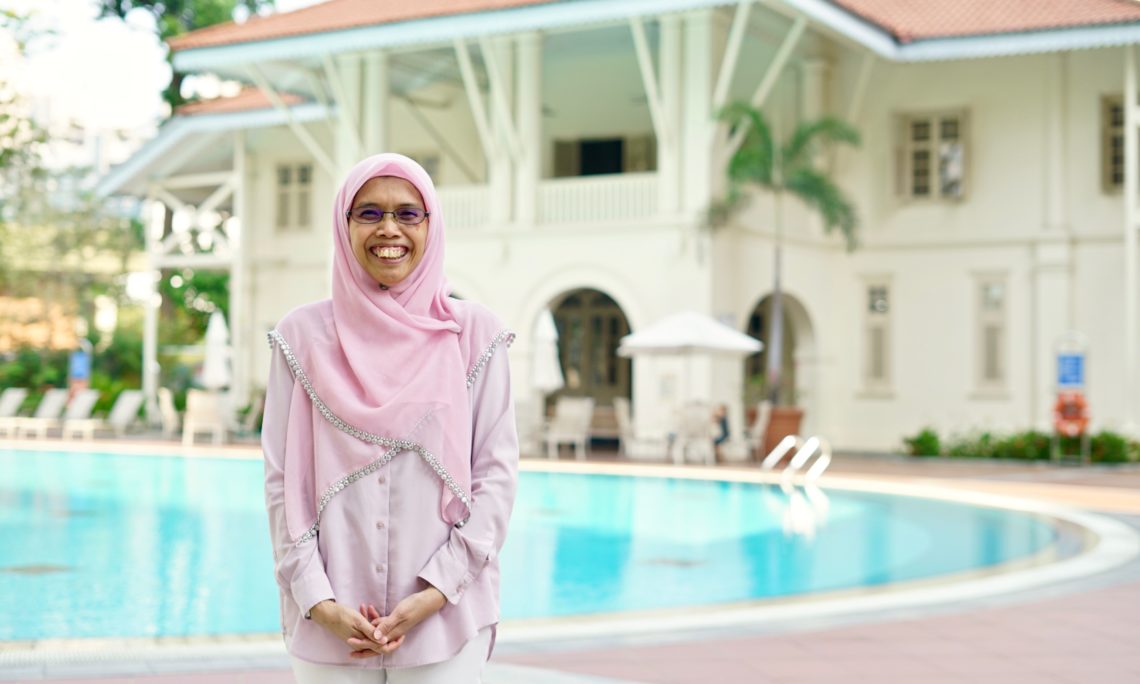 “My family has long and close ties with the U.S. Embassy. My father worked as a chauffeur for the U.S. government for 17 years. My sister was born in the Deputy Chief of Mission’s Residence in Swettenham Road. My five siblings and I grew up in the staff quarters of the then-Ambassador’s Residence, which is now the Spring Grove condominium complex along Grange Road.

Staying in the staff quarters too were the Ambassador’s butler, chef, and maid. We were like one big family, four races living under one roof.

My father passed away when I was four years old. Having nowhere to turn and no other source of income, we were afraid that we would be asked to move out of the staff quarters. Thankfully, then-U.S. Ambassador to Singapore Charles T. Cross kindly told us to stay put – and my uncle Yahya joined the U.S. Embassy to support us. He ended up being the Embassy’s longest-serving employee when he retired.

To make ends meet, my mother would go from door-to-door hawking textiles that she bought from Arab Street. I had to tag along as I was the youngest. My mother was uneducated, but she taught me basic math and accounting principles like debit and credit. Perhaps that’s why I’ve chosen finance as my path.

It was Uncle Yahya who told me that the Embassy was hiring. I worked in the Consular Section initially, then transferred to the Financial Management Office as an Assistant Cashier. I worked my way up to a supervisorial position as Principal Cashier, then moved to Accounting, where I manage budgets and balance accounts for various sections of the Embassy. I’ve now worked here for 26 years.

My siblings and I gradually moved out from the staff quarters as we got married and started our own families. Eventually, all the staff had to move out when the Ambassador’s Residence was relocated from Spring Grove to Leedon Park in the early 90s.

I returned to Spring Grove recently on a tour of the premises. I got so emotional just seeing the signboard for the condominium. The staff quarters are now gone, the land has been leveled out, and the big lawn where we played soccer with ambassadors’ children is no more. It’s a pity the many fruit trees are no longer there – we had mangoes, guavas, bananas, jackfruits, figs, even durians!

The main building has been retained as the condominium clubhouse, though. I used to think, “Wow, the house is a maze. It’s so big.” It’s different seeing it through adult eyes.”