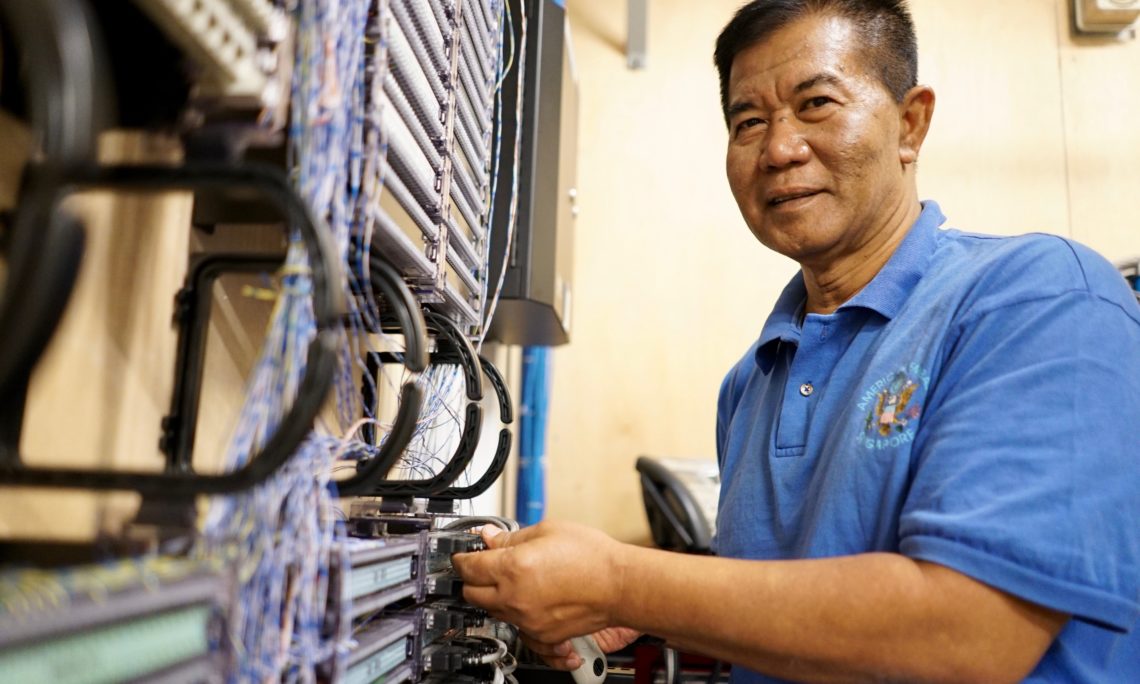 came from nothing when I joined the Embassy in 1984, but now I like to think that I have retired as somebody. I started as a chauffeur in the Defense Attache Office, but moved to a mailroom clerk, then was promoted to mailroom supervisor, and eventually I worked my way up to a telecommunications technician in the Information Program Center.

In my 35 years at the Embassy, I’ve shaken hands with former Presidents George Bush, Jr. and Barack Obama, as well as former Vice President Dan Quayle. I was very impressed by former Secretary of State Madeleine Albright, who visited twice. Whenever a VIP visitor came to Singapore, taking care of their telecommunications needs kept me very busy.

What did I love most about my job? The ability to work independently and the level of trust my supervisors gave me. I’m also thankful for the many opportunities given to me. For example, I had the privilege to live in U.S. government staff quarters on Nassim Road back in the ‘80s. Even after I got married, my wife moved in and we started our family there. We lived there until we got our own HDB flat a couple of years later.

The Embassy moved from its old premises at 30 Hill Street to its current location at Napier Road in 1996. The telecommunications system upgraded from analog to digital, which meant that I had to be trained quickly to adapt to the new system. Now we’ve phased out digital and started using IP (Internet Protocol), which is more user-friendly and made my job easier. Regardless of technological advances, I always had to be extra careful navigating around my workspaces. Cabling as numerous as the hairs on your head runs through the whole building.

Though I worked with intangible things like radio frequencies and signals, the job was very physically demanding. Sometimes I felt like Spiderman when I was working in certain areas as it could get rather cramped or difficult to move heavy equipment around. My best “buddy” was the lifesaving harness that prevented me from falling whenever I was working high off the ground.

I still consider the Embassy my second home. I’ll miss the vibrant atmosphere here, like the social events almost every Friday and the local holiday celebrations. I tried to contribute in whichever way I can, whether it’s with food cooked by my wife, or singing lessons, or joining the Embassy bowling team. But I’m also looking forward to spending more time with my wife. She will probably ask me to work on odd jobs around the house since I’m good with my hands.

Everyone will come to this phase and retire one day. Today it’s my turn to own it. I want to mentor the new blood and give a chance to the younger generation to take the stage.