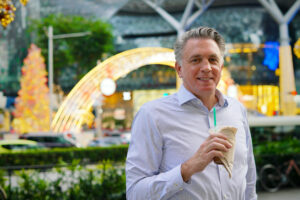 Fueled by a strong interest in business and a passion for snow skiing, I was able to engineer a career that allowed me to have the best of both worlds, plus a wonderful family, the ability to travel the globe, and make a good living.

After graduating with a Bachelor’s in 1989, I worked in the private sector for a few years at Pillsbury Company and Nordstrom. I decided I wanted to do something in international business, so I earned a Master’s Degree through a joint program at the University of Copenhagen in Denmark and Cal State Sacramento, where I met my wife, Dion. I then completed an internship in Washington, D.C. with the State Department, only to learn that the Commerce Department also had a Foreign Service.

My dad was in business and I’d always been interested in travel, so the Commerce Department offered the perfect combination of having a career, making money, exploring the world, and hitting the slopes at the same time.

Growing up around lakes, boating and water skiing were a big part of my childhood. I was born in Chicago, and then we moved to Central Florida, then to Northern Illinois to the Chain of Lakes – a rural area with 13 connected lakes that feed into a river going all the way to the Mississippi. My dad’s job then took us to the Sacramento area of California on Folsom Lake (Johnny Cash did, in fact, sing at the nearby prison).

Throughout my school years, I developed a passion for skiing that started on the small hills of Illinois and peaked in California in the Sierra Nevada Mountains at Lake Tahoe.

When it came to college, I was Midwest-oriented, but I had a dream to compete in ski racing and decided to attend Sierra College – a junior college in California that had one of the top 10 U.S. national ski teams. I signed up and made the “B” team, which provided a training program, a season’s pass, and I could earn college credits while skiing a few days a week. We were like a big family and my skiing improved a lot, thanks in part to our coach, a former Olympic skier.

Many of my best friends skied as much as possible, working as lift operators, and while being a “ski bum” was tempting, I considered my long-term prospects and decided to focus on a career without giving up my passion.

Eventually, I started picking Foreign Service assignments where I could ski. From Belgium, it was a short drive to the Alps, where we regularly visited the U.S. military base in Garmisch, Germany. The place has a lot of history and provides a recreation area where U.S. troops and their families can ski. It is relatively cheap and had the comforts of home.

From four years in Vienna, Austria to an unforgettable work trip to Santiago, Chile, where I experienced the Andes for the first time, I combined work and skiing whenever I could.

Singapore is my ninth post and the furthest from snow, but it is not too far from Japan—my favorite place to ski. I am also hoping to ski the South Island of New Zealand before this tour ends. For me, the chance to live in Singapore was worth skiing less often for a few years.

Singapore is definitely the warmest place I have spent Christmas, but there is plenty of commerce to keep me busy. The U.S. is the largest foreign direct investor in Singapore, creating over 200,000 jobs and there is a lot going on behind the scenes. People may wonder how U.S. companies get into new countries and the U.S. Commercial Service at the Embassy plays a role by introducing business leaders and helping them find new markets. Looking at the holiday lights, I smile knowing that beyond the stores and sales on Orchard Road are many relationships that my team developed.

I had a mentor early on who warned me that this profession takes you away from your family and friends and you end up losing touch with loved ones, but I would do it all over again. I have loved my career, the family Dion and I have built, the mountains I have conquered, and all the memories made.

As a family, we settled on a place in Park City, Utah. Dion likes it because it is full of famous people and perfect for her passion, yoga, and I like it because I can walk to the slopes from my front door and the airport is only a 30-minute drive away. Our two youngest kids—Max and Fifi are in Singapore and our oldest — Hugo is in college in Canada. Someday I look forward to introducing their kids to skiing.

While the Commerce Department is a great profession, skiing offers you freedom. You get the speed, rush, and sensation that you’re flying. There’s nothing else like it. It’s just you and gravity. 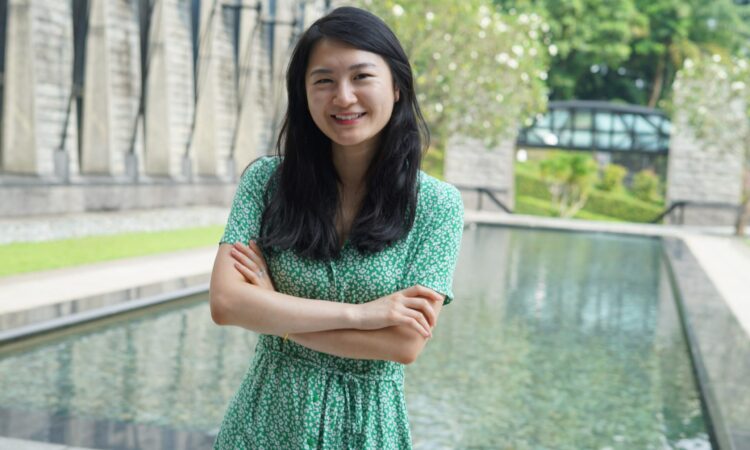