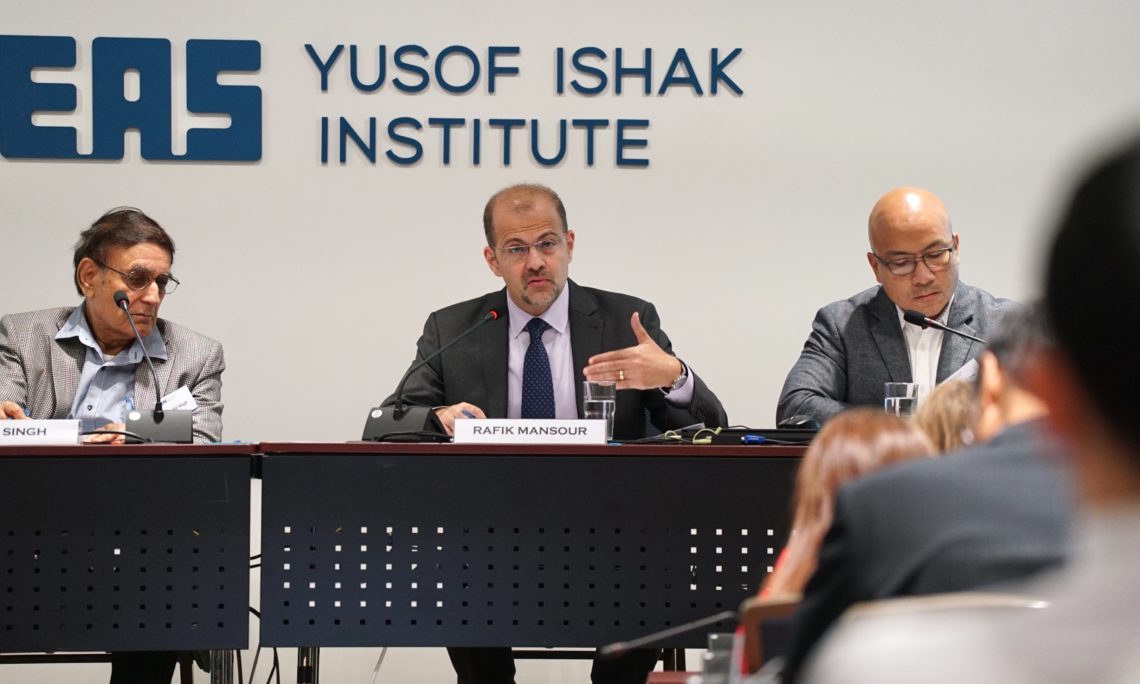 Chargé d’Affaires, a.i., Rafik Mansour delivered remarks at the September 27 launch of the latest edition of the ASEAN Matters for America/America Matters for ASEAN report, published by the Honolulu-based East-West Center. In his remarks, he highlighted the United States’ strong commitment to Southeast Asia through partnerships built on respect for the sovereignty of nations, the advancement of common security and economic goals, and the enduring ties between our peoples.

Chargé d’Affaires Mansour reiterated the particularly robust defense, trade, and investment relationships between the United States and Singapore, citing the bilateral security memorandum of understanding renewed by President Trump and Prime Minister Lee this week in New York. He also noted the important role of the more than 4,500 American companies operating in Singapore and the dynamic economic growth in ASEAN as the top destination for U.S. investment in the Indo-Pacific region.

Speaking of the strong relationships between the United States and ASEAN member states, he said, “Our shared vision for robust cooperation to ensure a vibrant, thriving future in Southeast Asia makes us all safer, more prosperous, and more interconnected, benefitting the entire region and beyond.” He also noted that ASEAN centrality is at the core of the United States’ vision for a free and open Indo-Pacific.

Originally launched in 2009, ASEAN Matters for America/America Matters for ASEAN explores the important and multi-faceted relationship between the United States and ASEAN member states. The event and publication were made possible through a collaborative partnership between the East-West Center, US-ASEAN Business Council, and the ISEAS-Yusof Ishak Institute.

Chargé d’Affaires Mansour’s complete remarks can be found at https://sg.usembassy.gov/remarks-charge-daffaires-mansour-at-the-asean-matters-for-america-america-matters-for-asean-launch/

The publication can be found at https://asiamattersforamerica.org/ASEAN