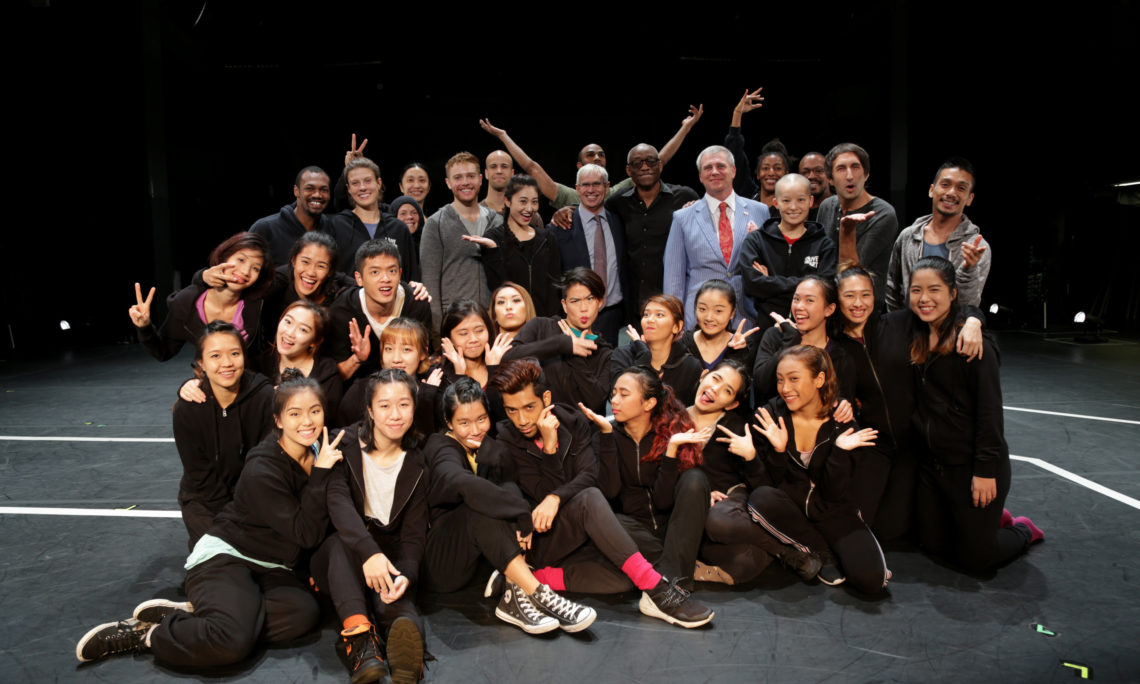 September 2-17, 2016: Iconic dancer, choreographer and Tony-award-winning director Bill T. Jones and his entire dance company led an intensive two-week residency at Singapore’s LASALLE College of the Arts. The residency was capped off with a public lecture and three collaborative performances that included the entire Bill T. Jones/Arnie Zane dance company and 23 student dancers from LASALLE. During his residency at LASALLE, Jones delivered daily lectures for students and faculty and worked intensively with students from LASALLE’s dance and performing arts departments, preparing them for the public performances. Bill T. Jones delivered a public lecture and solo performance entitled “Making Doing” on September 14, followed by public performances on September 15-17.