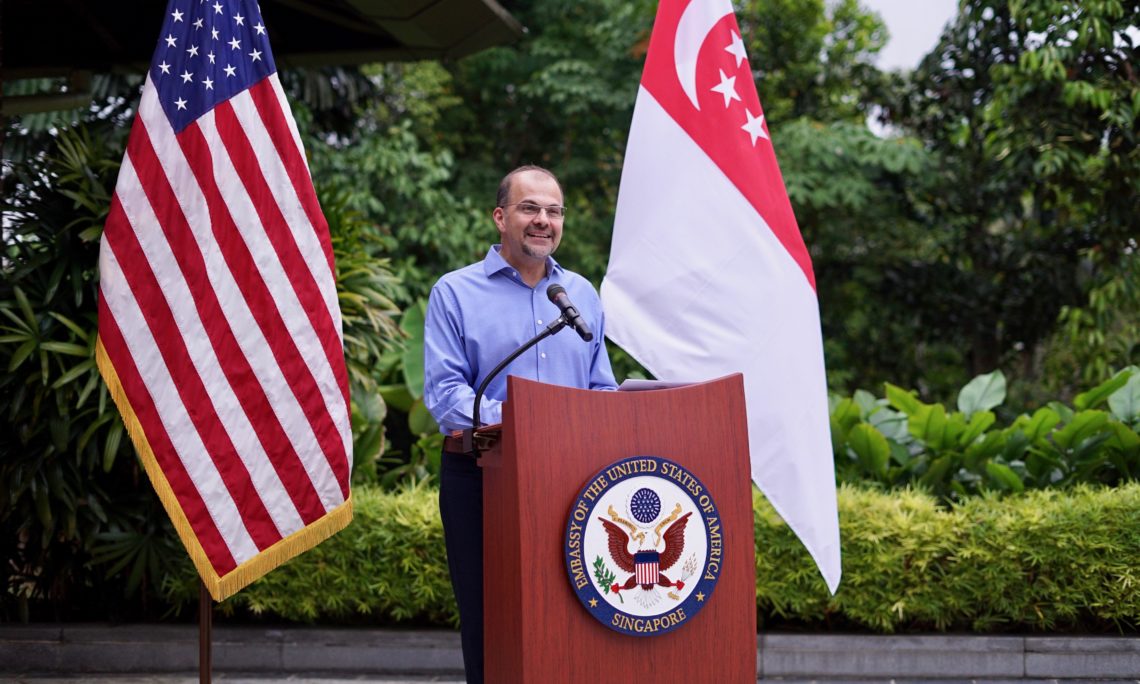 In his remarks, Chargé d’Affaires Mansour spoke about the breadth of the indispensable U.S.-Singapore relationship, saying: “Thousands of Singaporeans and Americans touch down on one another’s soil each year to explore and create rich opportunities, to work and contribute to communities, to expand their minds and their imaginations, and to build life-long bonds with one another.  Each year, about 5,000 Singaporeans study at American colleges and universities, a group of alumni that includes scientists and researchers; entrepreneurs and innovators; community change-makers and government leaders.  In fact, more than half of Singapore’s current cabinet ministers were educated in the United States, a testament to the American tradition of shaping leaders, problem-solvers, independent thinkers, and those committed to building a better future for us all.”